Since learning about the health risks of cooking with teflon-coated non-stick pans, I’ve made the switch to a cast iron skillet. After using the thing daily for 2+ years and losing a lot of food due to sticking, I got desperate and decided to learn how to season the thing, despite the fact that it intimidated me, and I wish I did it earlier!

Cast iron is a timeless choice for cookware because it is durable. People find cast iron skillets and frying pans that are 75+ years old and wit ha little TLC they can be as good as new.

I also read that teflon-coated pans can leach toxins into your food so even though they have the benefit of being non-stick, I opted to cook with something different.

This is what happened to mind… the bottom was rusting and I would lose at least 1-2 eggs to the bottom of the pan without fail.

Many people stray away from cast iron because they think it requires a lot of care to upkeep.

They really don’t require that much effort to maintain, but the idea of “seasoning” a pan is intimidating, so I’d like to share my first time experience with you and I’m happy report that it was a piece of cake!

How to Season Your Cast Iron Skillet

Overtime, cast iron can rust. Water is the enemy of iron, and as your pan will come in contact with water it is likely that if you don’t pay attention, there will be some rust build up as shown in my photos.

All you need to do is get the steel wool wet and rub it around your pan. The rust will come straight up. 2. Gently wash your pan with soap and water.

To be sure that you season on a clean slate, simply give your cast iron skillet a gentle scrub with some soapy water.

If your pan isn’t gross then you probably can skip this step, and I’m sure someone will yell at me in the comments for including this and will tell me that I’m going to cast iron hell! Blot off your pan with some paper towels – it should dry quickly. Pour a small amount of oil into your pan and cover pan thoroughly.

There are many types of oils you can use for seasoning your cast iron skillet. I used grapeseed oil because it’s what I had on hand, I don’t cook with it anymore nor did I want it to go to waste.

Some people say that flaxseed oil is best. You don’t want your pan swimming in oil, so just use enough to cover it and give it a nice luster. When you do this, be sure to place some aluminum foil at the bottom of your oven to catch any oil drips.

The heat will turn it into a thin layer of polymerized oil which is somewhat of a plastic substance that bonds to the surface of the pan. After you pull your pan out of the oven, let it cool for a while as it will be toasty!

I took mine out with a paper towel and an oven mitt… the paper towel over the oven mitt will protect the mitt from any excess oil. Now that you’ve seasoned your cast iron skillet, it’s time to maintain it!

Maintenance is very simple and by following these tips, you should have a clean, trustworthy cast iron skillet for years to come.

And that’s it! Happy cooking! 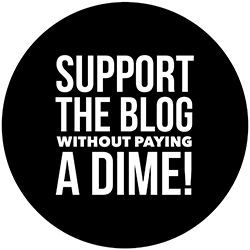